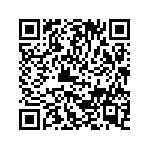 Well, the greatest majority of people who participated were...enthusiasts about the Italian promotion. We had a real great tournament from any point of view: more than 600 hundred the competitors who expressed an unbelievable technical level and we had quality in every aspect of the tournament: the coregraphy, the medals, the certificates were absolutely outstanding. In other words, something to be proud of. And that's the most rewarding thing, notwithstanding the many difficulties that Championship went through and considering that Mr. Ennio Falsoni himself had only a little bit more than 2 months to prepare the event.

The Italian Kickboxing Federation's staff who contributed to make the Lignano World Championships a huge success would like to thank all WAKO members who attended and enjoied!

In the picture, the sport-hall while qualifications matches on 6 fighting areas went on.