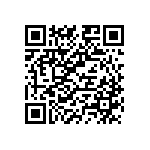 The event was held in new Assuncion sport-hall which offered enough room for 2 boxing rings and 3 tatamis. The day before the competition took place, WAKO president himself, Mr. Ennio Falsoni, ran an international referee seminar which was particularly appreciated.

Mr. Paulo Zorello, president of the Pan American Kickboxing Confederation, and his Brazilian staff coordinated all activities due to their great experience in the field. Brazilian fighters, who did very well this year even in the WAKO World Championships, upgraded the technical level of the competitions.

To point out the fact that some teams, like the one from Chile and those coming from Rio de Janeiro, came to Paraguay by bus and it took them 40 hours driving to arrive in time for competition,a huge amount of time and a great investment in energies which was possible because of their great love for our sport. Congratulations, guys!

Paraguay, a country of a little more than 6 millions people, offered a tremendous warm hospitality to everybody. Mr. Hugo Lobo, the president of the Paraguay Kickboxing Federation, proved to be a reliable and efficient person who would like, sooner or later, to host another international event like the WAKO Pan American Championships.