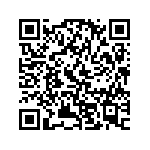 Dubai, one of the most famous tourism destination in the world, recently hosted the annual SPORTACCORD Convention which gathers about 1500 world sport leaders from all IOC and GAISF Federations.

An article will be written shortly, but at the moment please enjoy some pictures which give you an idea of what Dubai is today: a town which is looking for its dimension, a town which represents a wonder by itself with its tallest and biggest buildings, its cosmopolitan society, its desire of becoming a world attraction. But one thing you have to know: no matter what the skyline is, no matter of its modernity and its "extravaganzas", most of the buildings you see in the pictures are...empty. Hopefully, just for the moment. The international financial crisis is hitting everywhere, even in Dubai.

In the picture, the tallest building in the world with its 850 mt., the Bury Khalifa skyscraper. Khalifa is the name of the Sheik of Abu Dabi, the capital of the Emirates, who granted 10 billion dollars to Dubai.