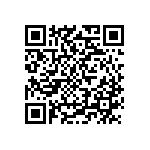 WAKO president Ennio Falsoni (in the picture among 3oo kids) have recently been to Cincinnati (USA) at the annual DARE's Convention where he had the opportunity to meet president Mr. Charlie Parsons and all DARE leaders. As eveybody know by now, WAKO is launching a new safe-t line products with its name on each piece. Out of any product sold all over the world, WAKO will donate 1 USD to DARE to support their program of keeping kids away from drugs and any form of abuses. It's a big solidarity program we are proud of.

In Beijing, on next September 1st, WAKO and DARE will announce the world their cooperation through an international press conference which will be organized in Hotel Intercontinental, at the presence of Sportaccord president Mr. Hein Vebruggen, the General Consul of USA in China, Don "The Dragon" Wilson who has been named "WAKO Ambassador" for Kickboxing and many other personalities, together will all WAKO presidents at the World Combat Games.