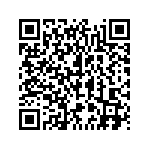 Beijing will not be remembered just for the first edition of the Sportaccord World Combat Games, but also for the strong alliance we have made with the most formidable partner we could ever chose: the Chinese Wushu Association. As everybody knows, Wushu is the old national martial art of China, linked to their ancient traditions, with approximately 60 millions people practicing it. When willing to enter that great country, WAKO leaders decided to offer Chinese Wushu Association the possibility to represent us, since they have a style, Sanshou, where fighters do use, together with some throwing, also punching and kicking techniques. In fact back in 2005 Belgrade World Championships we hosted a small team from Chinese Wushu Association and 1 fighter. After 5 years during which we were constantly communicating with them, thanks to Mr. Richard Leyrer who has a Chinese partner in Beijing, Ennio Falsoni had the opportunity to meet the president of Chinese Wushu Association, Mr. Gao Xiaojun (in white shirt in the picture, in front of our president) who introduced us the new Kickboxing Department withing the Chinese Wushu Association. At the head of that new department we have Mr. Zhou Jinbiao.

Useless to say that was an outstanding achievement for WAKO! and we will now fully support that department to spread the WAKO syllabus in that huge country.

We had offered, in the meantime, 6 wild cards to Chinese Wushu Association and that's why we hosted 6 Chinese fighters in the World Combat Games Full Contact tournament who did not ualify in our 2009 World Championships. It was our strong message for cooperation.

They did extremely well, considering that was probably their first experience in the field. They showed great determination, technical skills, speed and power. Unfortunately all of them started their fights extremely fast and fierceful. Not having enough stamina and endurance to keep that rythm, they lost coordination starting from the second round and were quite out of gas in the third, losing matches that they could have won. I am sure that with proper coaching and training methods in the future, Chinese fighters will be very successful soon in WAKO Championships.

Welcome China. It was time to have you with us!