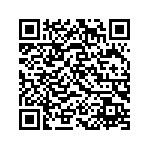 Sportaccord Combat Games 2010, a large-scale combat event taken place in Beijing, came to an end with the Russian leadership in gold medals (18). Major turn in the medal table for Russia, being followed on their heels by the Chinese hosts during all days of competitions, happened owing to the team of kickboxers. 9 Russian kickboxing athletes have won 5 gold, 3 silver and 1 bronze medal, having paved the way for victory over Chinese competitors in medal table leadership. This merit of the Russian Kickboxing team deserved the highest attention upon the team's coming home - one of the first and most important congratulators was Dmitry Medvedev, President of Russia. The whole team of 9 athletes, together with the Chief Coach Vadim Ukraintsev, were invited as honourable guests to the reception ceremony in Kremlin, where they were awarded by the President Dmitry Medvedev. All these tremendous events following one after another are certainly a significant contribution to the development and growth of kickboxing as a kind of sport. We do strongly believe in successive progress and further achievements leading us to our goals and being conductive to further success and extension of kickboxing.