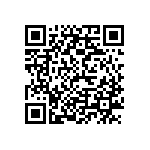 Following our conversations regarding the 2011 TEAM WAKO-PRO WORLD GRAND PRIX, I would like to inform you about the general rules we decided which are the following:

1. K1 Rules is the style we have definitely chosen for the tournament.
2. We will have 8 national teams in the tournament composed of 5 male fighters each in the following weight classes:
-kg. -60 , -66.800, -75, -81.400, -94.100.
3. All matches will be on 3 rounds of 3 minutes. 1 minute break in between.
4. All teams can have a maximum of 2 coaches .
5. The national Federations involved in the Grand Prix will cover the transportation costs of their teams.
6. Each fighter will get 1000 Euro per match, and 500 each coach.
7. Promoters of each event, will have to cover the purse money of the fighters and coaches , the hotel accommodation,
the local transportation, the meals in a 4 stars hotel.
8. A national team taking part in any event, will arrive at least the day before the match and leave the country the day after
the match (2 nights minimum).
9. Official weigh in will be at 19.00 on the day before the fight.
10. Victory will be determined by number of victories (3-2, 4-1, 5-0).
11. In case of a draw, an extra round will be ordered.
12. The tournament will be with direct elimination.
13. At the moment we have the following countries: Italy, Hungary, Serbia, Russia, France, Spain, Croatia, Ukraine and logically I need your confirmation as soon as possible. After that, I will go into the official drawing of the tournament and inform everybody about that.
14. If one of the above mentioned countries will give up, I will be free to ask any one else.
15. In order to finish the whole tournament, we will need 7 Galas, 7 events in different countries. Serbia would like to start at the end of February, but we need to fix a calendar quickly and your cooperation to that regard is fundamental.
16. Every promoter will also guarantee a TV production of good quality. Particular attention must be given to the lights above the ring!
17. The format of each Gala we are planning should consist of : 3-4 national “ pro ” title bouts; 1 team event of the Grand Prix; 1-2 Wako-Pro title fights.
18. Wako-Pro will give TV networks the team fight and the Wako-Pro title fights only.

Hope it’s clear enough.
I am looking forward to receiving your confirmation.