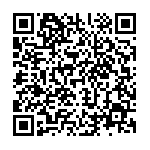 This week-end, the Romanian promoter Eduard Irimia and the president of WAKO, Ennio Falsoni, signed an international agreement in Bucharest. The event represents a new stage in the history of kickboxing, creating a new international circuit.

The agreement between the promoter Eduard Irimia and the president of WAKO and founder of WAKO-PRO has in target a worldwide kickboxing circuit called SUPERKOMBAT that with a few others comesfrom the Japanese system K1. Thus, the galas will include besides pyramidal tournaments at heavyweight, also world titles in different categories as in professional boxing: more precisely, besides the two categories so far promotedby K1,the light &rdashmiddle (-70kg.)and super-heavyweight (+kg.94,200), the remaining categories will be also included where there are best athletes in the world but have not had a proper exposure. Besides this novelty, WAKO president, Mr. Ennio Falsoni had the idea of a circuit among nations, resulted in the project called WAKO PRO WORLD TEAM GRAND PRIX. The first experimental test which is going to start in Serbia next month,will include 8 countries with their national teams. On March 5, in Belgrade, the Serbian team will meet Greece, then Romania will have to face Italy in Ramnicu Valcea, March 18. The next two qualifying rounds will take place on April 30 in Budapest, between Hungary and Croatia, while the last stage of qualifying will take place in Madrid between Spain and Russia. After the first four qualifying galas, the two semifinal will follow between the winner countries and at the end of the year grand final will be hosted in the program SUPERKOMBAT galas and where WAKO-PRO will grant 50.000 US dollars prize money to the winners.

The promoter Eduard Irimia is the executive producer of the new global circuit based on K1 rules. This circuit will start on 18th of March at Ramnicu Valcea and will continue in the form of four Grands Prix in various countries, a knockout gala in Las Vegas and a knockout final in Dubai.

"Although I have the power to organize such events anywhere in the world, we took into account the great power of the Romanian public and the experience of our TV stationsthat I have worked so far with, and I decided to develop a large part of the SuperKombat in Romania. From an organizational point of view I feel much safer here ” , said Eduard Irimia.

The events will get an international exposure to various international TV channels, including live casts, as an example TV channel Eurosport. Names of the professional circuits will be present, the promoter Irimia guaranteeing a minimum of two Romanian "heroes ” such as Morosanu, Ghita, Catinas, Zmarandescu, Lungu or Ciobanu.

If two weeks ago there were some rumors that announced important financial problems in K1 circuit, the statement made by Irimia and Falsoni surprised martial arts worldwide. It seems to have been only affected the company behind the K1 and not the sport itself, this being demonstrated also by the migration of the top names in SUPERKOMBAT or IT'S SHOWTIME. So, if Daniel Ghita reached the final K1 last year, now there are many big names who will fight for the SUPERKOMBAT grand prize.

The winner will receive a cash prize and a car offered by Mitsubishi -Ralliart LANCER super sport model. „The association between Mitsubishi and SUPERKOMBAT is not accidental. The DNA of the brand carries the mark of sportiness and Ralliart Lancer is a car suitable for dynamic people with strong personality. We are honored to continue a partnership with a great tradition and we are looking forward to award the prize to the winner ” , said Daniel Antor, executive director of Mitsubishi Romania.

The presence of multinational brands such as Mitsubishi and Securitas in this circuit that was born in Romania, by the implication of Eduard Irimia, the Romanian promoter, helps to gain credibility for its global evolution. The new circuit was supported by the actual presence at the press conference of the leading Romanian footballers Petre Marin, Iulian Miu, Neaga and the hill climbing national champion, Daniel Onoriu.