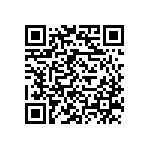 Mr. Richard Leyrer, president of the Hungarian Kickboxing Federation, a vice-president of WAKO and president of non-Olympic Sport Federations in Hungary, thanks to the great results his fighters had in the last World Combat Games held in Beijing in 2010, has been recently voted "the leader of the year" in his Hungarian Olympic Committee.

See him in the picture - second from left - just before the nomination.

The whole WAKO would like to congratulate with him for his achievement!