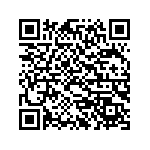 Under direction of Mr. Nasser Nassiri, who is also a leader of WAKO Iran the first seminar took place with participation of more than 200 athletes. The participation was limited only to selected athletes for a better efficacy of the seminar. It took place on Friday February 25th, 2011 from the early morning until late evening in the Engellab Sport Facilities Complex, at the head quarter of Asian Games Coordination, a boxing training center which has full boxing equipments including three sparring rings. Mr. Nassiri was assisted by Mr. Hossein Torkaman, Mr. Jahangir Soleimany and Mr. Ali Amani, all of them official members of WAKO Iran and WAKO Asia. On behalf of WAKO ASIA and WAKO IRAN, we would like to thanks the Iranian Sport Authorities and Mr. Bahram Afsharzadeh, General Secretary of Iran NOC, for providing the necessary and allowing the seminar taking place. The second seminar was conducted on Feburary 27th, 2011 in the region of Khorasan, in one of the most famous religious cities of Iran “ Mashad ” , located in the North East of Iran. The seminar took place in the afternoon at the municipality sport center of Mashad and was exclusively limited to the WAKO Iran members of Mashad city. Mr. Nassiri was assisted in this seminar by Mr. Jahangir Soleimany and Mr. Ali Amani. We use this opportunity to thanks Mr. Khorasani, the official representative and coordinator of WAKO Iran activities in Khorasan region.