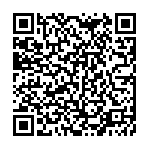 Mr. Espen Lund, Vice-President in World Association of Kickboxing Organizations, on 4th April was elected into the Sportaccord Council as member for four years. The election found place during the Sportaccord Convention in London, GB. Mr. Lund who is from Norway will act as representative for all sports in Sportaccord defined as ” recognised federations of

Mr. Lund has been having an active role within Sportaccord for the last 2 years already both by coordinating the mention group of IF’s and was also active in the development of the 1st edition of the Sportaccord Combat Games, held in Beijing China August /September 2010 (under the IOC patronage). The Combat Games became a huge success for all the 13

President in WAKO, Ennio Falsoni declare: “ This is just great. We have worked hard to be a member of Sportaccord and now we suddenly is represented in the Council which is powerful. That WAKO can contribute at this level in international sports life is something we are proud of. It simply means that we have reliable resources in our Oranization.
I am sure Lund will do a great job for the group of 23 IF’s ”

The Sportaccord Council for the next four years will be:

SportAccord is the umbrella organisation for 104 International Sports Federations and Organisations. Its mission is to support and to protect the common interests of the sports movement. Activities include the online video portal Sports Hub, the organisation of multi-sports games, doping-free sport, as well as sports’ social responsibility and sports’ integrity.

Questions can be forwarded to WAKO President, Ennio Falsoni or directly to Espen Lund

(in London to Friday 8. April)