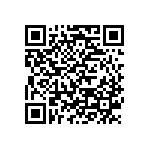 Our president Ennio Falsoni visited today Mr. Stavri Bello, Albanian NOC General Secretary , in Tirana. He was together with Arbis Vjerdha, the WAKO representative who has been trying to get his association officially recognized by both local NOC and by the Albanian Ministry of Sports for a few years now, but without success.

The meeting was very cordial and at the end Mr. Stabri Bello promised our president to do all the necessary to support Mr. Vjerdha's application.

Ennio Falsoni was also taken to the Ministry of Sports and he met also with the General Director of Sports and his assistant. Again, things were cleared and everybody expressed satisfaction and hope for a quick solution of the problem. Albania is in the middle of a hard political campaign but immediately after, WAKO should have another official partner in Europe.

Arbis Vjerdha, aged 35, a former policeman, a man who spent 15 years of his life in Europe and mainly in Italy where he learned kickboxing, is the young and dynamic leader of the Albanian Kickboxing Association representing WAKO in his country. For the first time ever, Albania will be present at our next World Championships scheduled in Skopje (Macedonia).