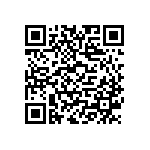 Osijek, a modern Croatian town close to Belgrade, just hosted the last International Open event of the long WAKO Calendar this year. The "Croatian Open", which is becoming a classic among our events, was promoted by the new president of the Croatian Kickboxing Federation, Mr. Tomislav Bilandzic, who is also the chief of the local Police department.

630 competitors participated in the event, representing Bosnia I Herzegovina, Slovenia, Hungary and Croatia mainly. It has been a real tough test for all fighters, judges and referees because the event started at 12.00 a.m. and finished at midnight. But Mr. Bilandzic will surely do his best next year to organize the tournament differently in 2012. The sport-hall is superb, really spacious and modern, worth to host an important WAKO Championship in the future.

Mr. Ennio Falsoni, our president, was present in Osijek for the first time and he was really positively impressed. He opened the evening session of the tournament together with the Major of the City.

In the picture, our president with Mr. Tomislav Bilandzic, the new elected president of the Croatian Federation who has already succeeded in merging together the two existing groups of Croatian kickboxers so to have a stronger organization in the future.