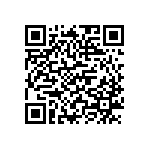 Italy just hosted the Golden Glove, an International Tournament in semi, light and kick-light contact event with 1000 thousand competitors, mostly Europeans of course, that has become a classic in our WAKO calendar since it is the first international torunament of the year.

But this time it has had a particular flavour, since we are trying to launch on Italian RAI TV also this exciting kickboxing style. The promoters, precisely Franco Noale, Luca Terrin and Oriano De Bei, in cooperation with the Italian Kickboxing Federation leaded by our president Ennio Falsoni, have prepared a special setting. A raised platform, lights , audience sitting around the elevated mat, announcer, tatami girl and the usual paraphernalia of ring sport shows. 4 cameras shooted the finals of the teams and those of several and selected other weight classes . The job was brilliant together with the images produced which were really beautiful. "We have now just to see what RAI will tell us about our production but we are confident" - said Ennio Falsoni at the end of the shooting-.

Our president had also met earlier the WAKO international technical committee members (Istvan Kiraly, Nick Memos and Gianfranco Rizzi) in order to talk to them about that project and to explore the future of semi contact kickboxing in WAKO. Everybody were asking for a closer respect of the existing rules which say that fighters can score only with legal techniques which are thrown with"a reasonable amount of power". Meaning that referees and judges should pay more attention in the future when they call for points which definitely sometimes are without any power and efficacity at all.

If we will be able to put on air also semi-contact, a new era will start for the style and its stars.