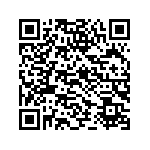 Our president Ennio Falsoni is just back from Bratislava (Slovakya) where he met the Slovak Kickboxing's president Mr. Peter Onuscak and his collaborators (in the picture). After Ireland was forced to give up the promotion of our 2012 World Cadet/Junior Championships, Slovakya ran immediately for the bid in order to make it. And it must be immediately said that after having visited the different nice and clean hotels (most of them at walking distance form the sport-hall) and the sport-venue itself, Mr. Falsoni was able to give green light to Mr. Onuscak for the organization and the promotion of our important event, where we expect to have at least 1500 competitors.

Bratislava is served by the low-cost Ryanair company, which make the capital of Slovakya reachable at very reasonable costs for Europeans, of course (the local airport is at 10-15 minutes drive from the Hotels), but Bratislava is also at just 60 km. far from Vienna and a hundred from Budapest.

All detailed information about our Cadet/Junior Championships will be placed in our website shortly and sent it to all WAKO members by post.