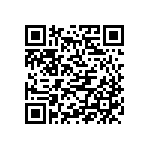 WAKO President and the whole Board members join the Hungarian Kickboxing Federation in their condolences below to the family of Tóth László Doky for his sudden and tragic death...

We have participated at the funeral of "a man of heart"

The picturesque landscape of Gömör has been mentioned as thesynonimof small Europe or small Hungary.

Hills, valleys and towns were the scene of European history.

Here, beside Krasnahorka Castle, in the neighbourhood of the medieval seat of the Andrássy family,in Somodi, was born Doky, Laszlo Toth the Slovakian kickboxing head coach .

Nearly thousand of sportsmen, friend and relatives participated on 14th April in Somodi at the funeralof the successful sportman who died under still unclear circimstancesas a victim of crime.

There was relaxed atmosphere during the Church service in his home village despite of the tragedy causing great consternation and indignation in Slovakia.

Doky seems to have many friends and admirers, since a hugecrowd accompanied him for his last walk.

He loved people and nature, he was a real "man of heart" that’s why both his family and kickboxing WAKO have a big loss.

During his life he gained a lot of success and recognition, we hope there will be follower of his work.

We, his friends, belonging to the Hungarian Kckboxing Federation share in the grief of the family and the Slovak Kickboxing Union.

His memory will retain with respect!