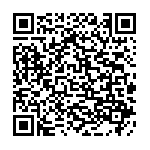 The Gymnasium Jacy Clodoaldo Albanesi, in the beatiful city of Piraju, completely overcrowded by the excited crowd (more than 4.000 people), got this saturday night the Kickboxing match Brasil X Italy and saw Emerson Falcao from Rio de Janeiro open the night of brazilian victories.

With a simple performance, Falcao won on points, by unanimous decision against Daniele Sanna.

Following it was Adilson Facchin from Caxias do Sul turn. One more time on points, Full Contact 'till 86 kg, he opened 2-0 against Nicola Gallo.

At the third fight, Wallace Lopes from Rio de Janeiro fought against Aiman El Magd, considered as an italian promise and unbeaten in 26 fights. But Wallace gave no chances to the opponent and won on points, unanimous decision, after a beating to the italian.

At the fourth fight, Alisson de Angelis from Minas Gerais did an excellent first round against Florenzo Pesare, but lost performance for the following rounds, giving chances to the Italians. Victory by points, but contested by the visiting team.

At the fifth fight, another brazilian show, this time Alex Sandro Pereira's. Alex punished Lelio Ramunni, owner of a very respected cartel, during all rounds and won one more outstanding victory in his career. Giving 5-0 to Brazil.

The night wasn't just perfect because at the sixth fight, this one for the World Champion belt K1 Rules untill 66.8kg, the italian team won. At the semi final, the italian Alex Rossi won against Edson Lima, from Parana, by KO on the first round. And for the final, Alessandro Campagna knocked out Luciano Boinha, from Piraju. Campagna is a prodigy, he is 20 years old.