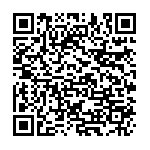 3rd edition of WAKO AFRICAN CHAMPIONSHIPS (including qualification to Combat Games 2013) will take place in Madagascar from 27th to 30th September, 2012, the dates have been postponed due to political reasons.

Please find here enclosed the official letters announcing the postponement of the African Championships of Kickboxing, third edition, initially scheduled at the end of June 2012, but, due to social and political issues, which Madagascar is going through with a huge popular uprising, the Malagasy government requested to postpone it on September 2012, from the 27th to 30th.You can then find; letter from the Malagasy Ministry of sports, representing the Malagasy government and the official invitation for the General Assembly of the kickboxing African Confederation, to be held in Antananarivo, during the African Championships, on September 2012.

Those new dates, from the 27th to the 30th of september, 2012 are already defined with WAKO and the African Confederation. They are expected not to change anymore.