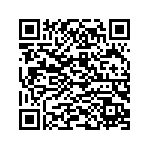 The Championships were very well organized by Slovak Kickboxing Federation and in general athletic level of the athletes was amazing! Please take note of the following records reached during these last Championships:

RUSSIA literally dominated the event in Ring Sports with its huge delegation, which got 24 gold medals in Full contact, 12 in K-1 and 17 in Low Kick! Not to say about their silver and bronze numbers…

For the first time ever at a Cadets and Juniors WAKO World Championships we had fighters from CHINA TAIPEI and VENEZUELA! This last one could get also a bronze medal with Johan Medina (VEN) inFC yjun m -63,5kg.

SOUTH AFRICA as well has got their first gold medal in the history of WAKO with Dricus Du Plessis (RSA) beating the Hungarian Ákos Gyemengyi (HUN) inK1 jun m -86kg. Moreover they came back home with 2 silver medals, one in K-1 again and one in Low kick, and also with one second place in Semi contact jun m -84kg with Sufyaan Morat (RSA), who was defeated only in the final by the Italian Roberto Guiducci.

After so many years of HUNGARY’s dominion in Semi contact ITALY could finally reach the top of the medals’ table with 13 gold, 9 silver and 23 bronze medals. That extraordinary goal was reached thanks to the Junior class teams competition which finished with a second and first place for the Italians after beating strong teams like Slovenia and Ireland. Italy is at the top of the medals’ table also in Kick Light overcoming both Russia and Hungary.

You can find all official results, pools and medals list of Cadets / Juniors World Championships held in Bratislava (Slovakya) from 8th to 15th September 2012 at the following link:

Cadets and Juniors represent the future of kickboxing. Their enthusiasm and passion showed at these last World Championships were amazing and we do believe WAKO has a pinky future! J

ALL MUSICAL FORMS RESULTS BELOW