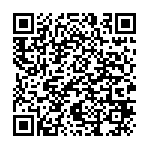 WAKO is proud to announce that Bill Wallace will represent our sport as one of the most remarkable kickboxing champions of all times. He was a pioneer in our sport and he is known mostly for his FANTASTIC kicking abilities.
Wallace was also a great Karate champion and is well known in Martial Arts, not only in the US but all over the world. His training methods are well known and documented in numerous books.
President Ennio Falsoni states: “ It is fantastic news that Superfoot will take part to the great 2nd edition of the Sportaccord World Combat Games, for sure he will bring attention from martial art enthusiasts in Russia and for the spectators coming to St. Petersburg from all over the world ” .