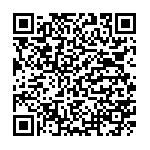 The Hungarian Kickboxing Federation elected once again dr. Richard Leyrer as their president during the Extraordinary General Assembly held on Saturday, 22.06.2013.

"The Hungarian kickboxing has proven several times during the last years. We are successful in the international competitions, World and European Championships" – said dr. Richard Leyrer on Saturday, who is also a vice-president of the Hungarian Olympic Committee. "Six Hungarian kickboxers qualified for the next World Combat Games in autumn, which is a big act in itself. Our aim is to reach the best results possible during the Games in St. Petersburg. We still believe that sport can help a lot for the socially disadvantaged and we are working hard on widening our program even more, in which we have already gained success.”