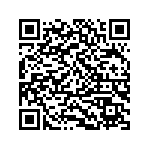 The WGP returns to São Paulo with the best kickboxers in Brazil.

With the success of the last WGP São Paulo, decided to bring the event to another edition in this great metropolis.

Besides the usual electrifying bouts, highlights for this issue, not just one, more than 5 Brazilian title disputes among the best Brazilian Ranking, which certainly will rank better for the WGP Final Tour, to be held on December 21 , when once again receive athletes from various countries.

The event will be broadcast live on the channel Bandsports and Esporte Interativo and is part of the official calendar of the Ministry of Sports in the city of São Paulo.