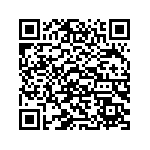 “Joe Lewis Fighting Systems” (JLFS) has joined WAKO-USA as a Member. This important step will provide JLFS and WAKO the opportunity to co-sanction Kickboxing event in various states across the USA. In addition, JLFS members within Team-USA will have the possibility to participate in international competitions such as the WAKO Pan-American Championships and World Championships. These prestigious events are reputed to be the toughest Kickboxing tournaments to win, in the world and count as the qualifiers for competing in the “SportAccord World Games” held every 3 years, under the patronage of the International Olympic Committee (IOC). “We are extremely happy to join WAKO USA and to provide our members with the chance of competing on a true, international level. We would like to provide a strong Team-USA to all WAKO competitions and especially for the World Games which are the closest a martial artist can get to the Olympics,” said Phil Maldonato, of JLFS. “Joe Lewis is not only a legend in the Kickboxing world but also at WAKO, and having the JLFS join WAKO USA is a special honor for us. The synergies of this relationship will guarantee and further strengthen WAKO-USA. We also look forward to having the JLFS participate in and co-host the WAKO Team USA training camps which will accelerate the development of our athletes and our sport”, said Rob Zbilski, President Ring Sports, WAKO-USA.

About WAKO USA:
“WAKO-USA” is a member of the World Association of Kickboxing Organizations, (WAKO) based in Zug, Switzerland with 132 member countries and over 5 million martial artists worldwide. WAKO is the only Kickboxing World Federation recognized by Sport Accord, which is recognized by the IOC.