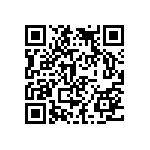 The event is confirmed for February 15, 2014, in CAY-Ypiranga Athletic Club from 15:30, while the finals will take place from 21:00 live broadcast by Bandsports and Esporte Interativo.