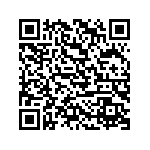 During the Irish Open, several of the WAKO Directors had a meeting with President of European Olympic Committee and the IOC Executive Board member, Mr .Patrick Hickey at the City West in Dublin.
Also participating in the meeting was Mr. John Tracy, CEO of the Irish Sports Council.
We discussed several issues but in general highlighted some of the challenges in the international martial art market. WAKO appreciate highly that Mr. Hickey dedicated some time for our sport in his hectic program, as he was just back from the successful Olympic Games in Sochi.

The Irish Open (World Cup circuit) turned out to be a huge success with an enormous crowd of participants. With over 3.400 participants this event is now considered as the biggest martial art event in the world, and only with kickboxing disciplines. Of course there is a limit of how big such an event should be and I think the limit is a bout to be reached. But everybody enjoys it and was pleased. This is the place “everybody” wants to attend along with the other WAKO world cups.
It is a pleasure to see so many enthusiastic kickboxers, from the absolute best in the world to the juniors and cadets.