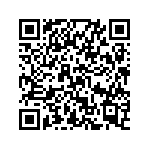 As we are approaching next edition of the Sportaccord World Combat Games, we feel necessary to inform you of the following:

Sportaccord, in occasion of its next convention and Martial Art and Combat Sports meetings in Belek, Turkey, from 7th to 11th April, 2014, will decide for the concept of the future Games - including the frequency, general conditions and conceptual structure.
There are ongoing negotiations with the next promoters of such events for the next editions.

Once the information is released from Sportaccord WAKO will immediately structure the WAKO concept and inform you accordingly.