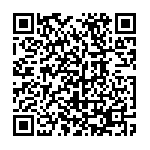 Montreal, 18 May 2014 – WADA’s Foundation Board approved key plans relating to Code implementation and Compliance reporting, and was presented with Technical Documents (TDs), and matters relating to the Athlete Biological Passport (ABP) and the addition of a substance to the 2014 Prohibited List during its meeting in Montreal, Canada earlier today.

WADA’s President Sir Craig Reedie chaired his first Executive Committee and Foundation Board meetings, and was pleased at the outcome. “We covered a series of significant and pressing topics this weekend, particularly the matter of ensuring all signatories have the opportunity and motivation to have Code compliant rules ahead of the revised Code coming into effect at the start of 2015.”

Following the approval of the revised Code and International Standards in November 2013, WADA has been assisting and guiding signatories through a series of steps aimed at adopting the rules required to become Code compliant. This is a process that will continue throughout the remainder of 2014.

As part of the implementation process, the Foundation Board received an update on the Athlete Guide to the Code, a tool aimed at helping athletes understand the rules of the Code ahead of its introduction in 2015. The Guide will be published in electronic form later in 2014.

As a continuation of the Working Group which addressed the Ineffectiveness of Testing in 2012-2013, the Group produced a report on Code Compliance. The report considers several aspects, including: the process of becoming compliant; the measurement of compliance of quality programs; remedial and other measures to be applied when Code compliance has not been achieved by any particular signatory or group of signatories; and the recommendation that an independent group is involved in compliance assessment.

As a result of the approval of the 2015 Code, the Executive Committee endorsed six Technical Documents (TDs) which will assist with the scientific analysis of samples.

The Foundation Board heard a report on the Technical Document in relation to Sport Specific Analysis. This Technical Document - under the new International Standard for Testing and Investigations (ISTI) - establishes a risk assessment in which prohibited substances and methods are most likely to be abused in particular sport disciplines. A guideline to support the development and implementation of more effective test distribution plans is also being issued, and was discussed during the meeting.

WADA will continue to consult with International Federations (IFs) and National Anti-Doping Organizations (NADOs) in collaboration with the Expert Group in relation to the physiological risk assessment against the performance enhancing benefits of the prohibited substances and methods contained in the Technical Document. The Technical Document will be released after it is approved at the next Executive Committee meeting in September.

The Foundation Board considered a report on the Athlete Biological Passport (ABP) Operating Guidelines, which covers both Haematological (blood) and Steroidal (urine) modules, the latter of which became operational on 1 January 2014. The integration of both modules into the Anti-Doping Administration and Management System (ADAMS) was also discussed.

It was reported that the Haematological Module – which has now been implemented by 40 ADOs – has resulted in 53 ABP-related anti-doping rule violations since 2010.

The ABP now uses the athlete’s own Testosterone/Epitestosterone (T/E) values rather than population values as a basis for evaluation, thereby ensuring a robust, more individual and fully cost-efficient system.

“Given that every athlete can automatically have their own Steroidal Profile by providing urine samples, this module brings great strength to the overall Passport program,” he said.

“The ABP’s strength lies in the fact that not only can it be used to directly pursue rule violations as stated in the Code, but it also allows the anti-doping community to identify and target athletes for specific analytical testing by interpreting the data in an intelligent and timely fashion.”

Having been alerted to the substance of Xenon and its potential performance enhancing characteristics in February, the WADA List Committee discussed the matter during its April meeting.

Following its consideration, the Executive Committee approved the option to modify Section S.2.1 of the 2014 Prohibited List, which will be effective following the required three-month notice period:

The following substances, and other substances with similar chemical structure or similar biological effect(s), are prohibited:

The process means that the amendment to the 2014 Prohibited List will not come into effect until three months after UNESCO has appropriately communicated the amendment to all States Parties.

WADA’s Foundation Board expressed its disappointment at the substantial delay in the case of Operation Puerto, following WADA’s decision to appeal to the Criminal Court in Madrid on 17 May 2013.

The Foundation Board stated that the lack of progress in the case was sending the wrong message to clean athletes right across the world.

The Foundation Board was of the view that the Spanish authorities should conclude the case at the earliest possible opportunity.

Major League Baseball (MLB)’s Chief Operating Officer Rob Manfred made a presentation to the Foundation Board on the significant advances the sport has made in the fight against doping in recent years.

Manfred outlined MLB’s approach to anti-doping, and highlighted some of the enhanced changes made in testing and investigations in the organization’s program. He also noted his appreciation of the closer relationship the MLB now enjoys with WADA.