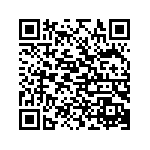 This meeting was very important for WAKO since we had the unique possibility to present our sport both on Turkish national level and at international level. We had good discussions about our sport and of martial art in general. Mr. Erdener showed interest in our sport and also explained about the sport situation in Turkey in general.
During the meeting Mr. Salim KAYICI gave kickboxing gloves to Mr. Uğur ERDENER as a gift.