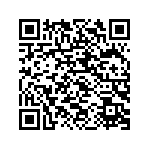 In accordance with Article 14.5 of the World Anti-Doping Code (the Code), WADA, acting as a central clearinghouse for Doping Control data, annually publishes statistical reports as reported by the WADA accredited laboratories in the Anti-Doping Administration and Management System (ADAMS).

WADA has made a number of enhancements to the 2013 report following an internal review, together with feedback received from stakeholders on the 2012 Testing Figures Report.
These include:

• sports are now listed along with their disciplines as found in ADAMS;
• sport testing figures are reported only for those sports that are governed by the International Federation who is a signatory to the • • Code. This includes sports governed by Olympic IFs (including non-Olympic disciplines), IOC Recognised Federations, Non-IOC Recognised Federations, the IPC and other International Federations for athletes with an impairment; and the report has been split into a number of separate categories for stakeholders to easily select those specific statistics of interest to them, and combines the Laboratory and ADO testing data in Urine, Blood and Athlete Biological Passport samples.

These enhancements allow for a greater level of detail and accuracy, and make the report more user friendly for those interested in reviewing global anti-doping activity.

It is important to note that the number of Adverse Analytical Findings (AAFs) and Atypical Findings (ATFs) reported by laboratories may not correspond with the number of Anti-Doping Rule Violations (ADRVs) reported by ADOs. This is because all results are subject to a results management process conducted by ADOs, which includes matching results with Therapeutic Use Exemptions (TUEs) and longitudinal studies.

For a more complete overview of the Testing Figures, please consult the comprehensive Questions and Answers document.