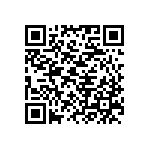 From September 23rd to September 28th 2014 at LOK "Vityaz" modern sports complex in Anapa (Vityazevo,Russia) the fifth anniversary of the WAKO Kickboxing World Cup Diamond 2014 took a place. 1188 fighters from 26 countries of the world participated in the event. The national teams of Kazakhstan and Kyrgyzstan, looked strong in the ring styles like the traditionally strong kickboxers from Russia.

The judges led by the chief-referee of WAKO Mr. Lakhtikov (ring styles) and Mr.Brian Beck (tatami styles) fulfilled at the high level. All winners of the World Cup got a nominal cup, the diploma and a medal.

The best fighters, who passed rigid selection till the finals won the first prize of the Cup – a diamond sign.

The best duel of the evening fight was in K-1style where russian team was represented by one of the leaders of the Russian national team – Shamil Gadzhimusayev from Belgorod, for a big pleasure of the Russian fans the winner was recognized!

Winners of a diamond Award – the best of the best:

Mr.Yury Lakhtikov from Estonia was awarded by a diamond Prize as the best judge of World Cup Diamond-2014!

Duels of the World Cup were broadcasted live on the following websites: www.worldcupdiamond.com and www.золотороссии.com.

All the fights of Diamond World Cup will be available soon on TV channel "Fight club".