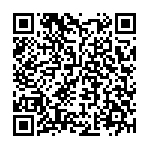 For your information we had the followeing report from Live Streaming during the European Championships in Maribor:

The total views for streaming and the individual fight videos uploaded this week were 54.091.

Top countries during the 5 days: