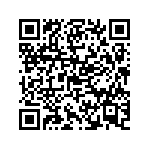 It is with deep sadness I have to announce the sudden loss of Richard Leyrer, Vice-President of WAKO.

That our dear friend, Richard, no more will be part of us is something I think many of us can hardly understand. Richard was indeed a dedicated soul, a part of WAKO since the very beginning. A pioneer in his country and one of the persons in WAKO who have characterized WAKO. His success being a leader of WAKO Hungary is not enough proof of his endeavors, a country among the strongest ones in WAKO today. Richard became Vice-President of the Hungarian Olympic Committee with a lot of power in his country building a lot of respect in many countries in the international sports life, Richard was also very well respected in IOC as well as in SportAccord.

I remember the Championships WAKO had in Hungary, both in Budapest and in Szeged. They were conducted professionally as expected but much more than that. Richard sacrifised his personality, as he did within the WAKO Board. WAKO was his life, Kickboxing was his life, Sport was his life.

Richard was a great colleague and friend of Ennio Falsoni, our President. Together they were a great team, full of power and energy. Personally I have been his guest in Hungary several times and I do cherish those moments because they were lived with honesty, dedication, life and love.

WAKO have lost a huge resource and a true member of the family. My most sincere condolences go to his loved wife Julianna, to his family, to his friends, to his federation and to Hungarian Olympic Committee and the sports community. I will miss Richard deeply.