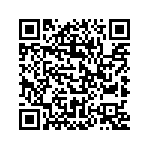 The World Combat Games 2017 in Lima, Peru are slated to be the biggest edition yet, while promising greater returns to all stakeholders. SportAccord President, Mr. Marius Vizer says, “This event it is aimed at generating benefits for International Federations in terms of exposure and financial revenues. The value of such revenues in the original agreement is over $20 million, including dividends that will be paid to all participating IFs, their respective sports, but more importantly also to athletes via prize money: athletes whose participation, travel and accommodation are covered by the event. We are grateful to Mr. Quiñones and Lima for their solidarity towards and support of sport. We are sure that together, while generating huge exposure for Lima and combat sports, we will attract youth to further participate in and learn from the values and principles of sport.”

SportAccord, in partnership with the Peru Olympic Committee, held intensive discussions with 15 participating IFs in Sochi during the SportAccord Convention World Sport and Business Summit in April 2015. The results of all these discussions were positive and encouraging with unanimous expressions of support for the event. The International Federations agreed that the event provided them with a platform to promote their sports on a global level and motivation to their respective athletes to aspire to excellence and recognition. During these meetings, it was also agreed that Peru would implement a grassroots development programme for all participating sports, which would be of mutual benefit to all involved, apart from allowing the IFs to initiate their own grassroots projects.

SportAccord would like to confirm its commitment to the World Combat Games and the unity of the Combat Sports Family. It is the spirit of honour and respect that allows the event to grow stronger, and for all stakeholders to gain mutual benefits.