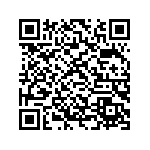 Quorum was reached without any problem at the presence of 60 WAKO members holding voting rights and Mr. Borislav Pelevic, President of Serbian Kickboxing Federation, former WAKO IF Vice President and WAKO EUROPE President, was elected by majority as new WAKO IF President (only two countries abstained).

The new WAKO IF Board (in the picture) has been elected by slate voting and approved by unanimous decision:

WAKO IF Board Members (by alphabetic order):

Please look at the photo gallery.