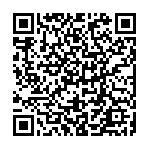 SportAccord Convention is the world’s premier and most exclusive annual event at the service of sport. It is focused on driving positive change internationally and dedicated to engaging and connecting; rights holders, organising committees, cities, press and media, businesses and other organisations involved in the development of sport.

Last night representatives of IWGA led by the President Jose Perurena, ARISF presided by Mr. Raffaele Chiulli and AIMS with Stephan Fox as its President met yesterday for the welcoming dinner to celebrate the opening of the SportAccord Convention and share their expectations from the convention. The President of the International Olympic Committee Dr. Thomas Bach was one of the honorary guests of the dinner and welcomed all the guests at the Olympic capital, Lausanne.

Kickboxing is a proud member of one of four umbrella groups in SportAccord – AIMS, and the next four days will be full of events and important discussions for Kickboxing and the world of sport in general. WAKO is looking forward to fruitful cooperation with SportAccord, all its stakeholders at and after the 2016 SportAccord Convention.