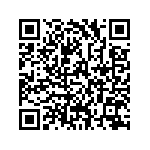 FISU( International sports organization for University sport,) representatives Paulo Ferreira (FISU Director) and Dejan Susović (Chief Operating Officer of the FISU) were very pleased about constructive meeting and confirmed that FISU is interested to have WAKO as their member.

On the meeting it was explained the procedure about the application. WAKO Committee for international relations intend to, immediately after Convention is over, start preparing the application.
FISU representatives were introduced that great number of WAKO National Federations are already members of their National FISU Organizations and that they already compete on University WAKO Championships.

This is another big step WAKO made. In writing the new chapter of the WAKO history, FISU membership will be very important for credibility of our organization.