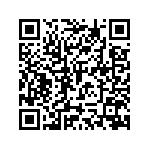 The World Games 2017 in Wroclaw will be held under the honorary patronage of Andrzej Duda, President of Poland. This was announced by the Wroclaw Organizing Committee (WOC) on Thursday. The 10th edition of the multisport-event will take place from 20-30 July 2017.

Maciej Łopiński, Secretary of State in the Chancellery of the President, wrote in a letter to the Mayor of Wrocław, Rafał Dutkiewicz: „It is my great pleasure to inform you that the President of the Republic of Poland has accepted your invitation to become honorary patron of The World Games 2017. This is a prestigious sports event with the best athletes from all over the world participating.” Mr. Łopiński went on to explain: “The President believes that hosting a sports event on such a large scale will attract major attention from the fans and the media. It will become an outstanding opportunity to promote Wrocław and Poland.”