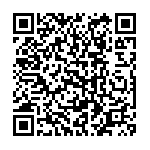 The arrival of the Olympic Torch at Rio de Janeiro this week officially marked the beginning of the Olympic activities on the state and, once more, the Brazilian Kickboxing was represented at the relay.

Invited by the Organizing Committee, the Brazilian Kickboxing Confederation indicated several athletes of the entity to carry the Olympic Torch through all the states of the country, but at Rio de Janeiro the relay counted with the special participation of the “carioca” Clei Silva, holder of several national and international Kickboxing titles, such as WAKO PRO World Champion.

With those participations, Kickboxing WAKO marked its presence in the world’s greatest sporting event!