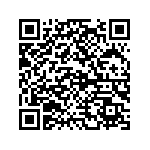 Fantastic success has been made for WAKO.

According to the invitation of the President of International Organization "Peace and Sport" Mr. Joel Bouzou, WAKO President Mr. Borislav Pelevic arrived in Monaco on 24th November 2016 for signing the Memorandum of Understanding (MOU) which means equal membership of WAKO in this international sports organization.

Founded in 2007, by modern pentathlon Olympic medalist and World Champion Mr. Joël Bouzou, Peace and Sport is a neutral and independent worldwide organization that is operational by using sport and its values as an instrument for peace.

Peace and Sport work with the support of Government of Monaco, Mairie de Monaco and Tourist organization of Monaco.

Among 33 sports organizations which are members of Peace and Sport, WAKO found its place as a 34th associated organization.

On the press conference organized on this occasion, the MOU has been signed and WAKO became a member with all credits. This was a great opportunity for WAKO President to have meetings with present representatives of many member organizations.