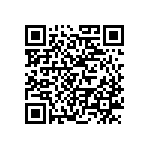 By the present I hereby send information about nomination of candidates to the yearly WAKO Fair Play Award. Please find enclosed the full criteria that you all need to read carefully in full. Here below some brief introduction.

Yearly Fair Play Award;
This is a prize awarded yearly in order to focus on fair play, ethics, best practice and to raise awareness about the understanding of fair play, to act preventive and to ensure positive development for all, within the sport of Kickboxing. The Award shall encourage the promotion of Fair Play principles in Kickboxing sports, and is given in recognition of services rendered over an undefined period excluding the year in which the WAKO Integrity and Fair Play Committee makes and presents the Awards.

CIFP Patronage;
These Awards are granted under the auspices of the International Fair Play Committee (CIFP), an IOC-recognized organization.

The Awards;
The Awards will be given annually during a World Championship or during an announced event/assembly that is duly announced and for the achievement for past year and until June the same year.

A. The WAKO Fair Play Plaque: A national Kickboxing organization, a Kickboxing organisation or an educational institution, for its contribution to the spreading of the values and principles of Fair Play and Tolerance and/or for supporting appropriate initiatives aimed at the preservation of ethical values in sport.

B. Individual WAKO Fair Play Plaque: For her/his personal contribution and/or services rendered to the implementation of sporting values, or to an individual for an outstanding gesture or action made during a sporting event, or education of youth or athletes in the spirit of Fair Play and Tolerance.

Nomination of a candidate and the reason for the nomination can be sent within 10th June, 2017, to: WAKO (IF) Administration at barbaraf@wakoweb.com

The award ceremony will take place during the World Championships in Budapest, Hungary, on November 2017.