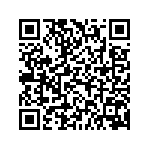 By the present we would like to remind you some of the main events taking place during the year 2017:

If any further information about events from WAKO Continental Divisions had to come the calendar will be updated accordingly.
Following WAKO rules and regulations the eligibility for the participation is reserved only to WAKO national Federation/Association members.
In case of any query, update or any additional information please contact barbaraf@wakoweb.com