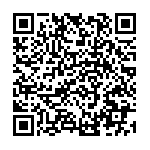 For the first time in history WAKO has participated as invitational sport in the IWGA WORLD GAMES that took place in the city of Wroclaw, Poland, from 24th to 28th July 2017.

WAKO President Borislav Pelevic wishes to congratulate everybody involved for a successful experience in the World Games, expecially a big THANKS for their hard work in preparation and for the management of the event to:

THANKS to all WAKO referees and judges on dutty during the World Games;
THANKS also to all other WAKO staff involved for media and administrative issues.

THANKS a lot also to all participating Athletes, Coaches and Extra Officials coming from 31 different countries!

Here is official report about the final results during The World Games, for the three invitational sports among them is kickboxing.
Poland is first, Serbia on the second place and Russia is the third at the medal table.
https://worldgames2017.sportresult.com/nh/en/MedalTally?sport=00&medalKind=InvitationalSports