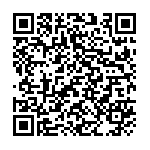 While the Executive Committee approved the 2018 List of Prohibited Substances and Methods (which will be published before 1 October 2017) and received reports from the Agency’s Standing Committee Chairs, the full-day meeting primarily focused on finance, the future host city of WADA’s global headquarters and Signatories’ compliance with the World Anti-Doping Code (Code).

Reflecting on the day’s events, WADA President, Sir Craig Reedie said, “I am very pleased with the robust discussion today between Executive Committee members on a range of topics that are aimed at strengthening clean sport. Important decisions were taken; while, a number of matters were advanced and, where appropriate, will find their way on to the agenda of WADA’s November Foundation Board.”

Director General, Olivier Niggli, opened the meeting by providing an overview on a range of operational topics before members turned their attention to finance. Mr. Niggli explained that, further to WADA’s November 2016 Board meeting, which resulted in a series of recommendations being agreed to strengthen the Agency, management developed a four-year budget (2018-2021) that articulates which core activities must be enhanced from a financial perspective related to: compliance monitoring; intelligence and investigations; the whistleblower program; anti-doping organization (ADO) capacity building; education/social science research; laboratory accreditation; scientific research; and, the Anti-Doping Administration and Management System (ADAMS). Niggli outlined that, based on WADA’s 2017 budget of USD 29.7 million, in order to fulfill the Board’s recommendations, WADA would require a budgetary increase of 8%, 15%, 15% and 5% for 2018 – 2021 respectively. The Committee agreed that, for 2018, proposals of 8% and 5% would be proposed to the Board with a recommendation of the former. As it relates to 2019 – 2021, Governments requested more time to discuss ways and means of accommodating the longer-term budgetary requirements; and, to bring the longer-term budget plan forward for approval at the May 2018 Board meeting.

Niggli then went on to say that, while the four-year budget plan reflects the funding needed to enhance WADA’s core activities, the Agency needs much more in order to ‘Change the Game for Clean Sport’, which is why the Agency is pursuing an additional funding strategy that would target contributions from the likes of corporations, foundations and private donors. The Committee heard a proposal from a group of external experts with backgrounds in management consulting, Biopharma and fundraising that outlined WADA’s aspiration to seek additional funding. The Committee endorsed the proposal that this ambitious strategy be explored further by WADA Management.

“For 17 years, WADA has led the charge against doping in sport in an ever changing and complex environment,” said Niggli. “We are proud of what has been accomplished with limited resources but believe that much more can and must be done to ‘Change the Game’ and build confidence and trust in the anti-doping system,” he continued. “The additional funding that we aim to secure through our traditional funders and private sources will dramatically increase WADA’s scale, speed and reach in carrying out its core activities.”

The Meeting then turned its attention to WADA’s global headquarters; which, has been graciously hosted by Montreal International, on behalf of the Governments of Canada and Quebec, since 2001 when the Agency was first established. The matter was first tabled at the May 2017 Board as a result of Montreal International indicating that Canada wished to renew its 10-year hosting agreement with WADA for a further 10-year period, when the current agreement ends on 31 December 2021. At that time, the Board asked that Montreal International detail their proposal; and, that WADA management assess the cost and impact of undertaking an open tender for a potential new host.

After thanking the Canadian delegation for their proposal, Committee members asked the Chairman, the Director General and the Vice-President, Ms. Linda Hofstad Helleland, to negotiate an agreement that will be submitted to the Board in November 2017.

The Chair of the Compliance Review Committee (CRC), Jonathan Taylor, and WADA Management outlined the activities conducted by WADA in the area of Code compliance monitoring. This includes, in particular, ongoing support to Anti-Doping Organizations to achieve, maintain or regain Code compliance; the conduct of compliance audits regarding identified Code Signatories; as well as, development of an International Standard for Code Compliance by Signatories.

The Executive Committee then heard from WADA Management, which provided a status update regarding the Russian Anti-Doping Agency’s (RUSADA’s) progress on the Roadmap to Code Compliance. WADA has never deviated from the agreed Roadmap, which outlines the reinstatement criteria that RUSADA must fulfill before WADA’s independent CRC would recommend, to WADA’s Board, that they be declared compliant again with the Code. The Committee expressed full support for continued delivery of the Roadmap, which was developed and agreed with RUSADA; as well as, the Ministry of Sport, the National Olympic Committee and the Independent Public Anti-Doping Commission. WADA’s Board declared RUSADA non-compliant in November 2015, following revelations of widespread doping in Russian athletics that were exposed via WADA’s independent Pound Commission.

That the responsible authorities for anti-doping in Russia must publically accept the reported outcomes of the McLaren Investigation.
That the Russian Government must provide access for appropriate entities to the stored urine samples in the Moscow Laboratory. These samples are sealed off due to a Federal investigation.
That WADA audits RUSADA; which, will be carried out the week of 25 September 2017.

The CRC will hold a special meeting on 24 October 2017 to hear from WADA’s audit team, and from one of the two WADA Independent Experts in Russia. The CRC will then make a recommendation to the November 2017 Board as to whether or not RUSADA should be reinstated.

“Since November 2015, WADA and its partners have been working very hard to rebuild a credible, and sustainable, anti-doping program in Russia that will ensure the protection of clean athletes inside and outside of the country,” said Olivier Niggli. “In parallel, since the independent McLaren Investigation report came out in December 2016 -- which re-confirmed institutionalized manipulation of the doping control process in Russia and identified the athletes that may have benefited -- WADA has been supporting and monitoring International Federations (IFs), and other impacted organizations, as much as possible as it relates to whether or not they can assert anti-doping rule violations (ADRVs) against athletes identified,” he continued. “We are unwavering in pursuing completion of the Roadmap.”

Among other topics, the Committee:

Was updated on the Independent Testing Authority (ITA) that’s process for appointing the Board is ongoing; and
Approved the funding recommendation of USD 2.9 million for scientific research proposals for 2017.