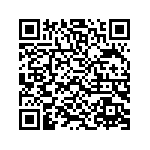 After the last great news of the official recognition that Polish Kickboxing Federation has got from its NOC we are very pleased to announce that another WAKO member could reach the same ambitious goal.

In fact WAKO has been lately informed that also the Federacion Venezolana de Kick Boxing (F.V.K.B) leaded by its Chairman, Mr. Ydre Ortega, was officially recognized by the Comité Olimpico Venezolano on September 14th, 2017.

Mr. Paulo Zorello, as WAKO PANAM President, comments: “A further step forward for WAKO and WAKO PANAM Continental Division, we all are working very hard to support our members and help them in the development of kickboxing at national level. Mr. Ydre Ortega did really a very good job, my personal congratulations to him and to the entire Federacion Venezolana for a brilliant future in the name of kickboxing!”