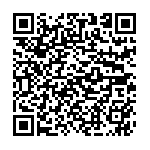 Accordingly, the General Assembly deliberate for election of the new President and Executive ended by inaugural ceremony.

The following Board members were elected during the above-mentioned General Assembly:

Mr. Nasser Nassiri, President of Asian Kickboxing Confederation (WAKO ASIA) and Vice President of WAKO, who initiated the foundation of WAKO Korea in 2008, congratulated Mr. Jung-Eon Park, the new President and executives with whom he met earlier in November 2017 in Seoul.

Korean Kickboxing Association (WAKO Korea) is recognized by and a member of Korean Sport & Olympic Committee.