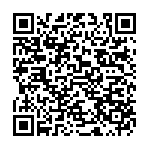 WAKO is very proud to announce that Ms. SAREL DE JONG (The Netherlands) has been proposed as candidate to be awarded as The World Games Athlete of the Year 2017.

She was the winner in K-1 (-65 kg) and on her hard way to the gold medal during the World Games 2017 held in Wroclaw, Poland, on last July, she defeated the following strong champions:

Sarel De Jong was chosen as candidate for her great energy, perseverance and passion supported by the enthusiasm of the Netherlands team during the World Games, which was really unforgettable, especially after her final fight.

Please look here at the video that was prepared by the WAKO Media Committee to submit officially her nomination!

Through these networks it is possible to share and encourage everybody in WAKO to support our candidate SAREL DE JONG!

The first round of voting will close on 15th January, and will determine the top nine finalists.

The final round of voting will start on 16th January, and last until 31st January 2018.

The winner will be announced on 1st February 2018.

Please participate, VOTE and help us to support Sarel!