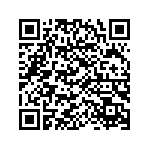 SportAccord Convention 2018 was held in Bangkok during the week from 15th to 20th April. WAKO participated and at its stand welcomed Peace and Sport organization's representatives, as Iris Vlachoutsicos, and Pascal Gentil, a French Taekwondo athlete. By the way, it is always a good time to raise #WhiteCard!
Many important meetings and agreements were made during the Convention.
WAKO President and Vice President Roy Baker had a meeting with representative with newly formed MuayThai and Kickboxing federation in Dubai.
Roy Baker met IOC lawyer Mr. Francois Carrard that was a guest speaker at GDPR (General Data Protection Regulations), and exchanged many relevant informations.
As WAKO became a new member of FISU, WAKO delegates took the opportunity to visit FISU - International University Sport at the stand during #SAC2018 Global Association of International Sports Federations and talked about being included into the University Games with Mr. Paulo Ferreira.
Before GAISF General Assembly, WAKO delegates had a fantastic opportunity to meet Secretary General of the International Wushu Federation - IWUF Mr. Zhang Qiuping.
See the gallery below to get a taste of the wonderful vibe you could feel at the SportAccord Convention 2018.