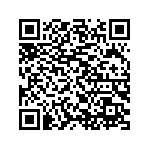 WAKO is very pleased to announce that its Board of Directors meeting, which was previously duly convened in accordance with the Statutes, took place on Monday November 19th, 2018, in Maribor, Slovenia.
On that occasion Mrs. Francesca Falsoni (Italy) was elected as Interim President of WAKO, first by unanimous decision of the WAKO Vice Presidents, then the decision was once again unanimously ratified by the rest of the Board members.

It is wonderful that a contact sport has had the courage and foresight to elect a woman as Interim President.
Kickboxing so proves to lead the way in gender equality for a contact sport.
Moreover the new statistic about women’s in competition has grown by 9%; from 32% two years ago to 41% in the last two years.

Mrs. Francesca Falsoni will cover the position of WAKO Interim President untill the next Extraordinary General Assembly that will be held on Saturday 2nd of February 2019, from 12:00 am to 14:00 pm, in Milan (Italy).