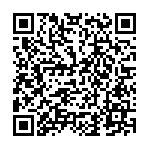 The meeting of the presidents of the sports federations held on Sunday, December 09, 2018, and programmed as part of the annual conference of the Arab sports federations, which is supervised by the Union of Arab National Olympic Committees and hosted by Dubai, United Arab Emirates from 06 to 10 December. This important executive office is also comprised of Major General Ahmed Nasser of Egypt, Major General Ismail Al Gergawi of the United Arab Emirates, Sheikh Hayat Al Khalifa of the Kingdom of Bahrain as Vice-Chairmen, Professor Idris Alhilali of the Kingdom of Morocco, Mustafa Okasha from Libya and Mr. Emad El Banani from Egypt, as well as the President of the Special Olympics Union of the Republic of Tunisia as members of the executive office of the Union of Arab Sports Federations.

The appointment of Dr. Basel Al Shaer in this executive office is a new victory for the national sports and kickboxing, which has secured a seat in a prestigious sport body at an international level. It is also noteworthy that in addition to the appointment of the members of this executive office, the annual conference of the Arab Sports Federations held in Dubai has resulted in many important decisions and recommendations that will push Arab sport forward to the glamor and progress.