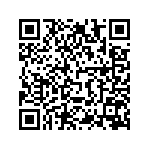 The Chinese city of Chengdu will be the host city for The World Games 2025. On Thursday 9 May, in Gold Coast, Australia, the Mayor of Chengdu, Mr Luo Qiang, signed the Organiser Agreement for the 12th edition of the multi-sports event.

The Vice President of IOC and the Chinese Olympic Committee, Mr Yu Zaiqing, signed the agreement as Witness. President Jose Perurena signed on behalf of the International World Games Association. This was preceded by ratification of the contract by the 37 member federations of the IWGA during the Annual General Meeting at the SportAccord Convention in Gold Coast. Chengdu follows the city of Birmingham, Alabama as host. The 11th edition of The World Games will take place there from 15 to 25 July 2021.

Jose Perurena said at a press briefing afterwards: “By signing a contract with one of the most forward-looking and dynamic cities in China, we have signalled our arrival as a major power in international sport.” The IWGA President added: ”Following our 2021 event in another great country, the USA, we are excited now to start work with our Chinese partners on plans for 2025.”

Chengdu Mayor, Mr Luo Qiang, said: "Chengdu highly appreciates the concept of the IWGA and believe that it is in line with Chengdu's development philosophy. We are confident that, under the guidance of the IWGA and the support from the Chinese Olympic Committee and governments of all levels, Chengdu can offer the world a successful and excellent World Games, a precious legacy to Chengdu and The World Games."

The AGM unanimously ratified the decision of the Executive Committee taken the previous day to award The World Games 2025 to Chengdu. This followed a comprehensive bid evaluation, conducted by the IWGA CEO Joachim Gossow, and Vice President Max Bishop, including an on-site visit in March 2019.

The delegates were given a first impression of the city and what it can offer as host of a multi-sport event by the delegation of the future host with an impressive presentation. Chengdu, a city with 20 million inhabitants and the capital of Sichuan province, is organising several multi-sports events, such as the World Police and Fire Games, and FISU Summer Universiade, in the next few years.